Rummer with an ovoid bowl and lemon squeezer foot. Engraved to commemorate the death of Thomas Scarisbrick who was killed by a lightning strike in 1779 whilst building a turf stack. The reverse with monogram JSM. English c1824

Condition: Very good with no chips or cracks or evidence of restoration.

Note: In 1779 Thomas Scarisbrick was building a turf stack close to the Ormskirk to Preston Road.  Thomas was working in a thunderstorm and was struck and killed by a lightning strike  His son, James Scarisbrick, maintained the stack as a memorial to his father until is own death in 1824.  The stack became something of a landmark and inspired William Wordsworth to write the sonnet Filial Piety (On the Wayside between Preston and Liverpool  which contains the lines:

Since suddenly the dart of death went forth

“Gainst him who raised it. - his last work on earth:

Thence has it, with this son, so strong a hold

Upon his father’s memory; that his hands,

Through reverence, touch it only to repair

Its waste. Through crumbling with each breath of air.

When James died in 1824 he left to each of his children decanters and rummers engraved with a turf stack between two trees.

Marris Antiques - I have been a specialist antique glass dealer since 1986.  My stock consists of a wide range of antique 18th and 19th century English and Irish glass including antique drinking glasses, rummers, tumblers, decanters, coloured glass and a selection of late 19th & early 20th century Whitefriars glass. My website displays a small selection of my glass, however, if you are looking for something specific and cannot find it, please do not hesitate to contact me direct form my website contact page,  Email mail@marrisantiqueglass.com or Telephone: +44 (0)7841 500644. 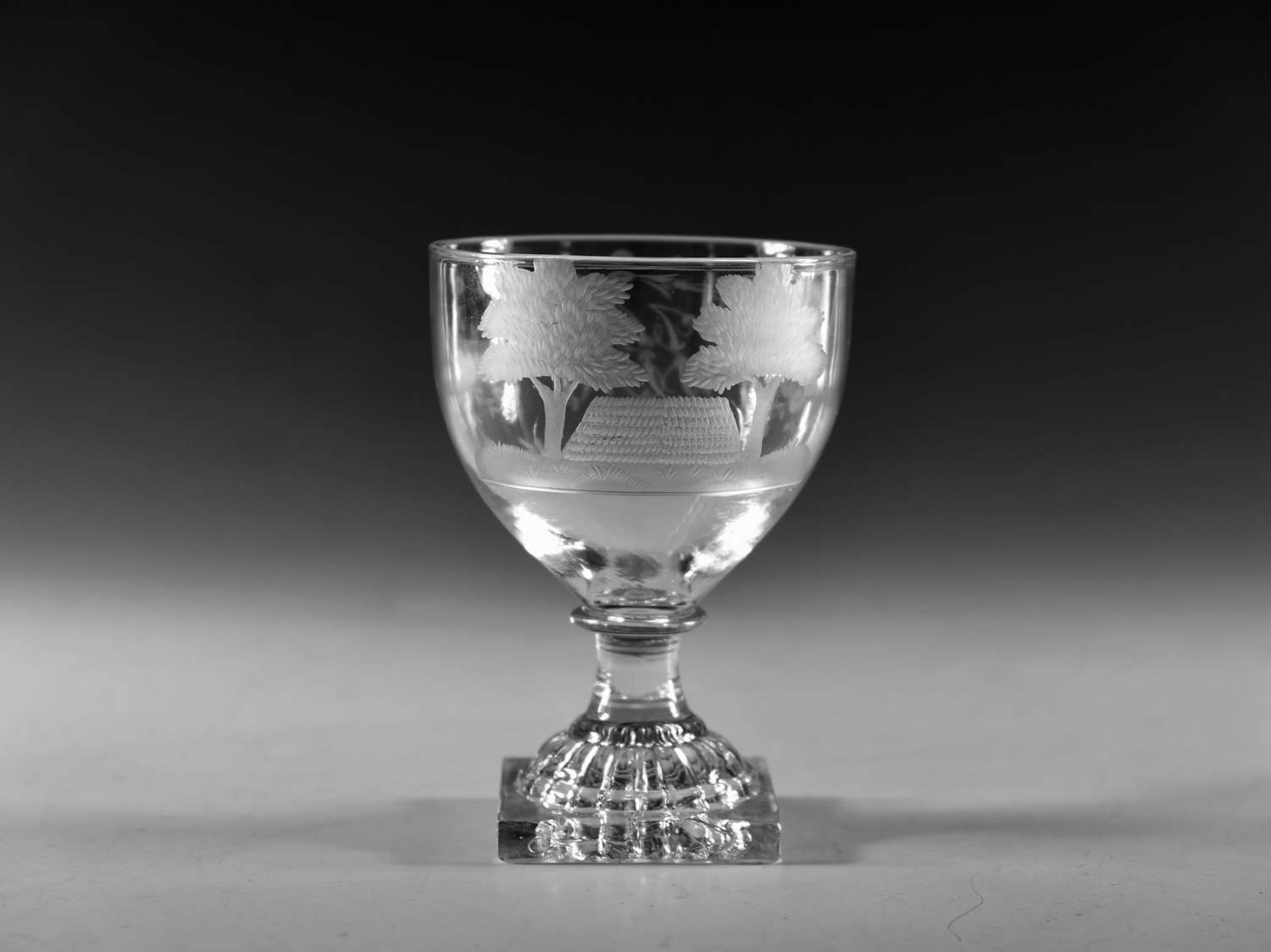 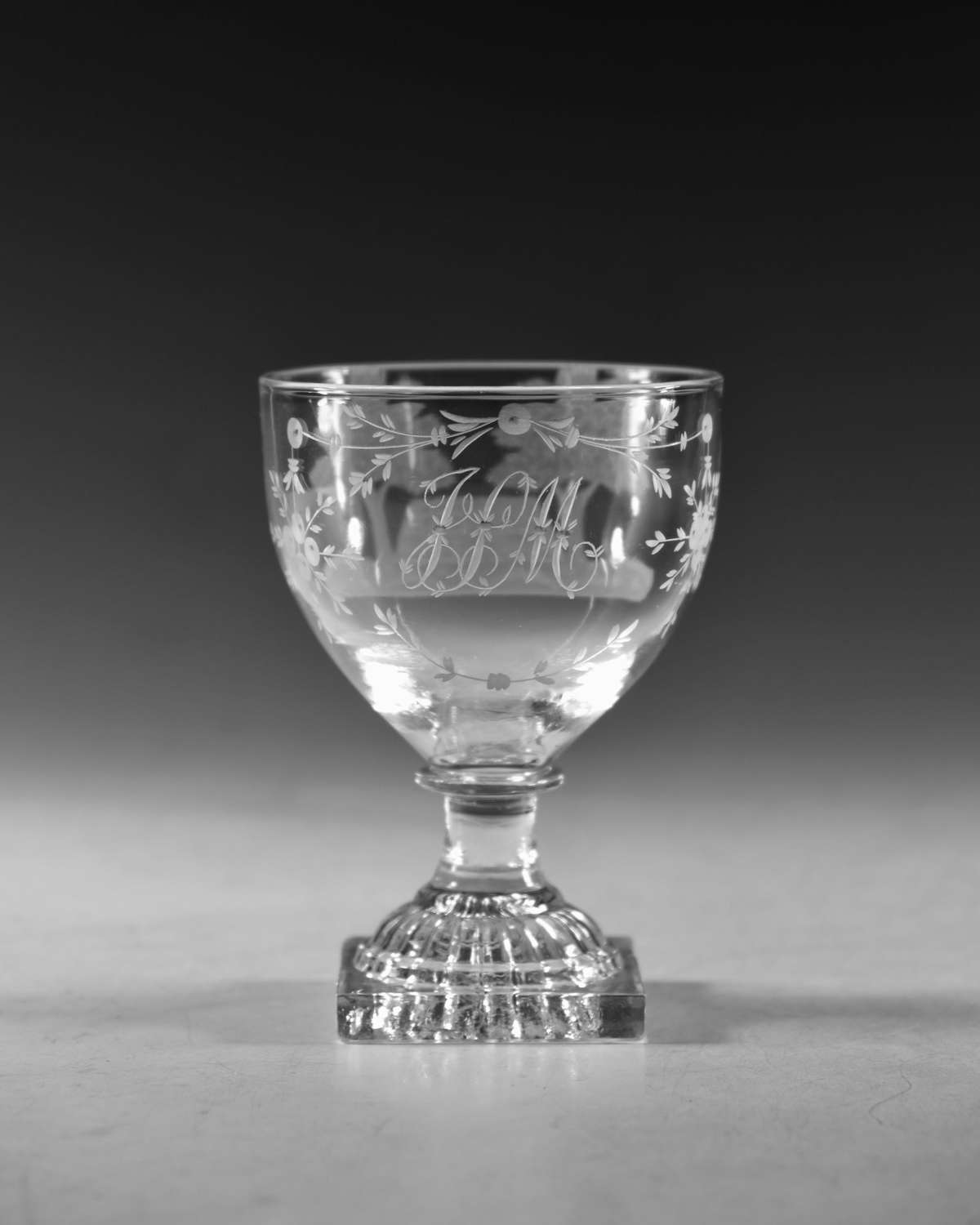 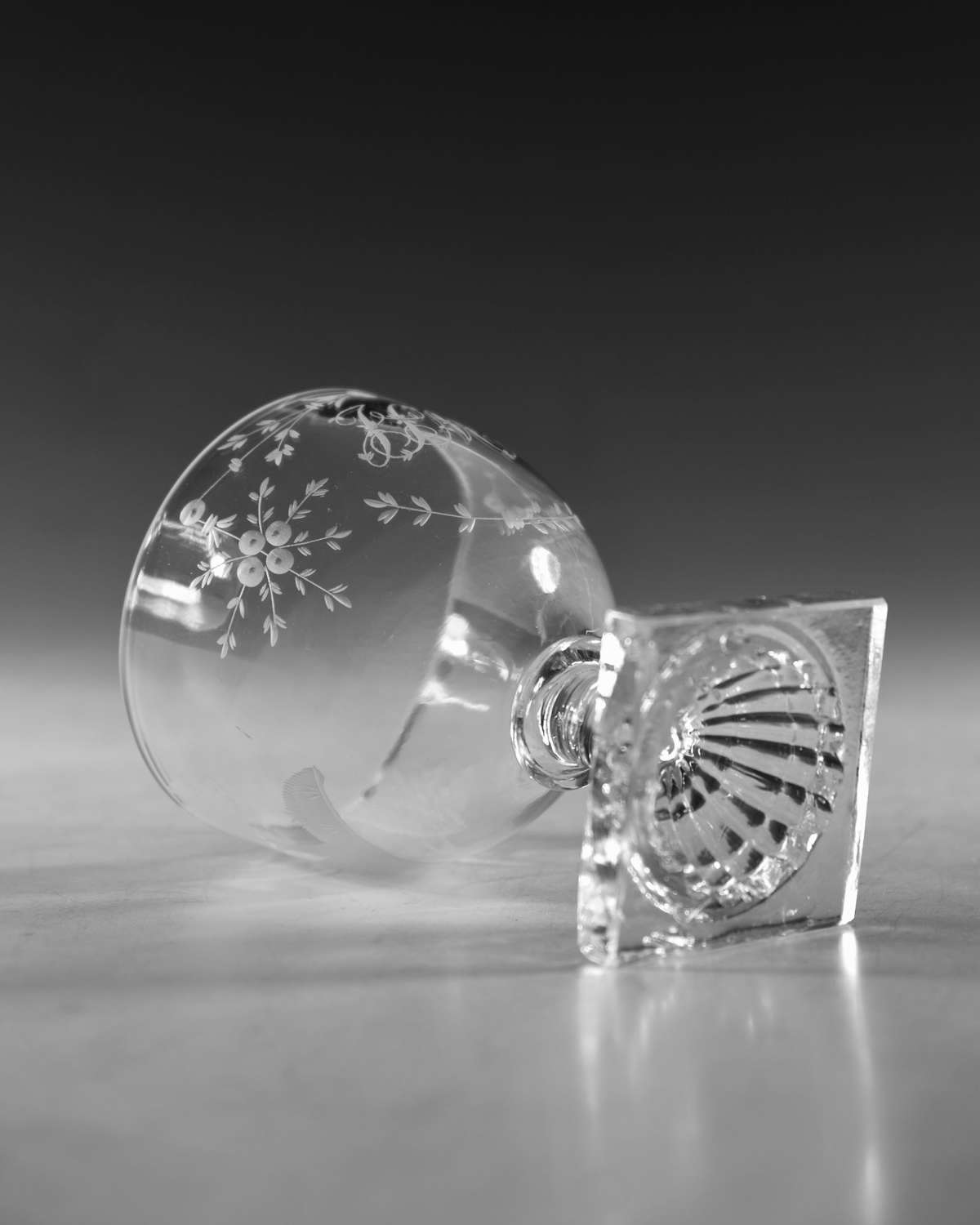 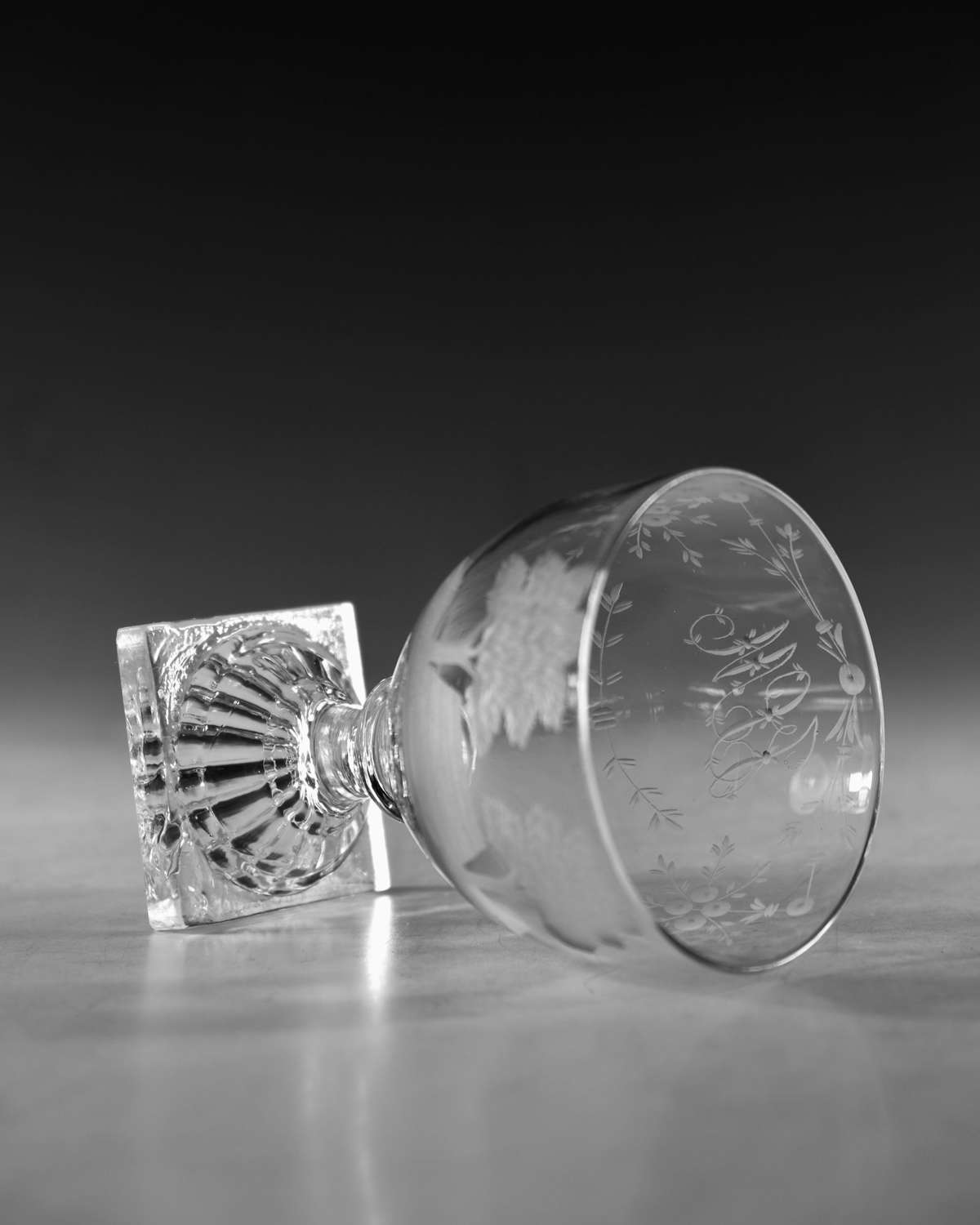 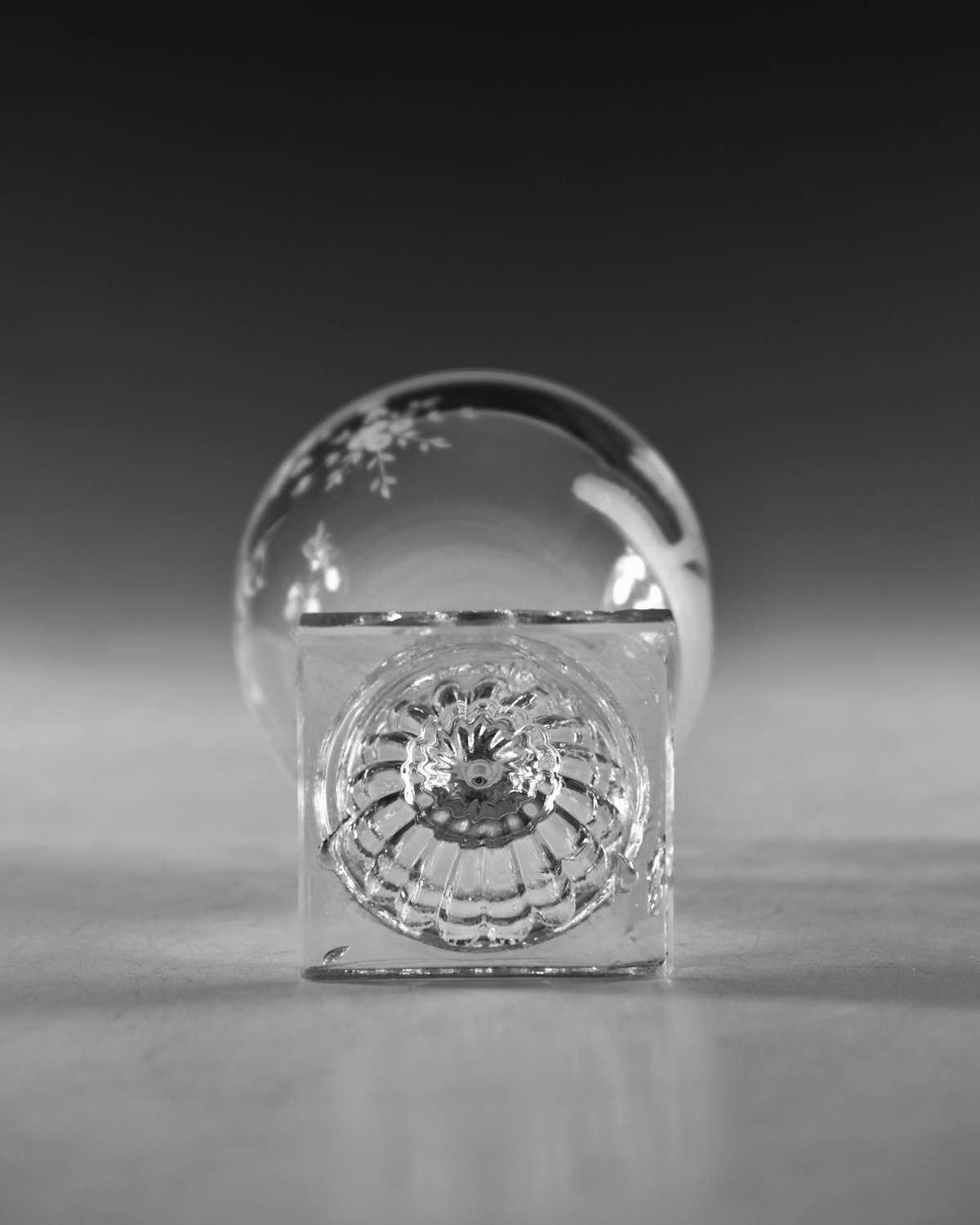