A rare Hoggetts decanter in sea green with six applied blue tears and a rigaree band, set on a separate stand and spire stopper.

Note: A Hoggetts decanter has a round base so it cannot be put down until placed on its stand.Condition: Very good with no chips, cracks or restoration. 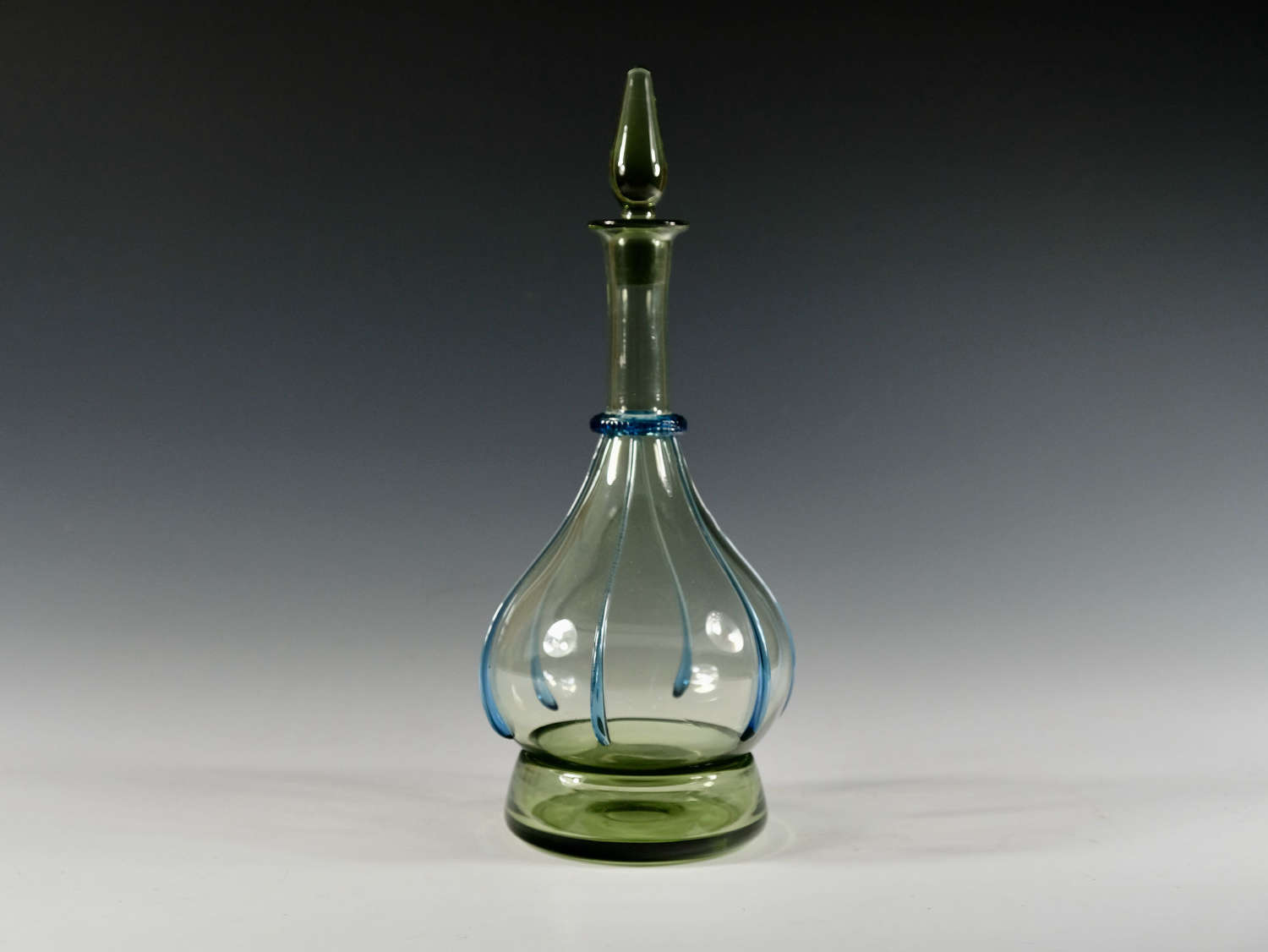 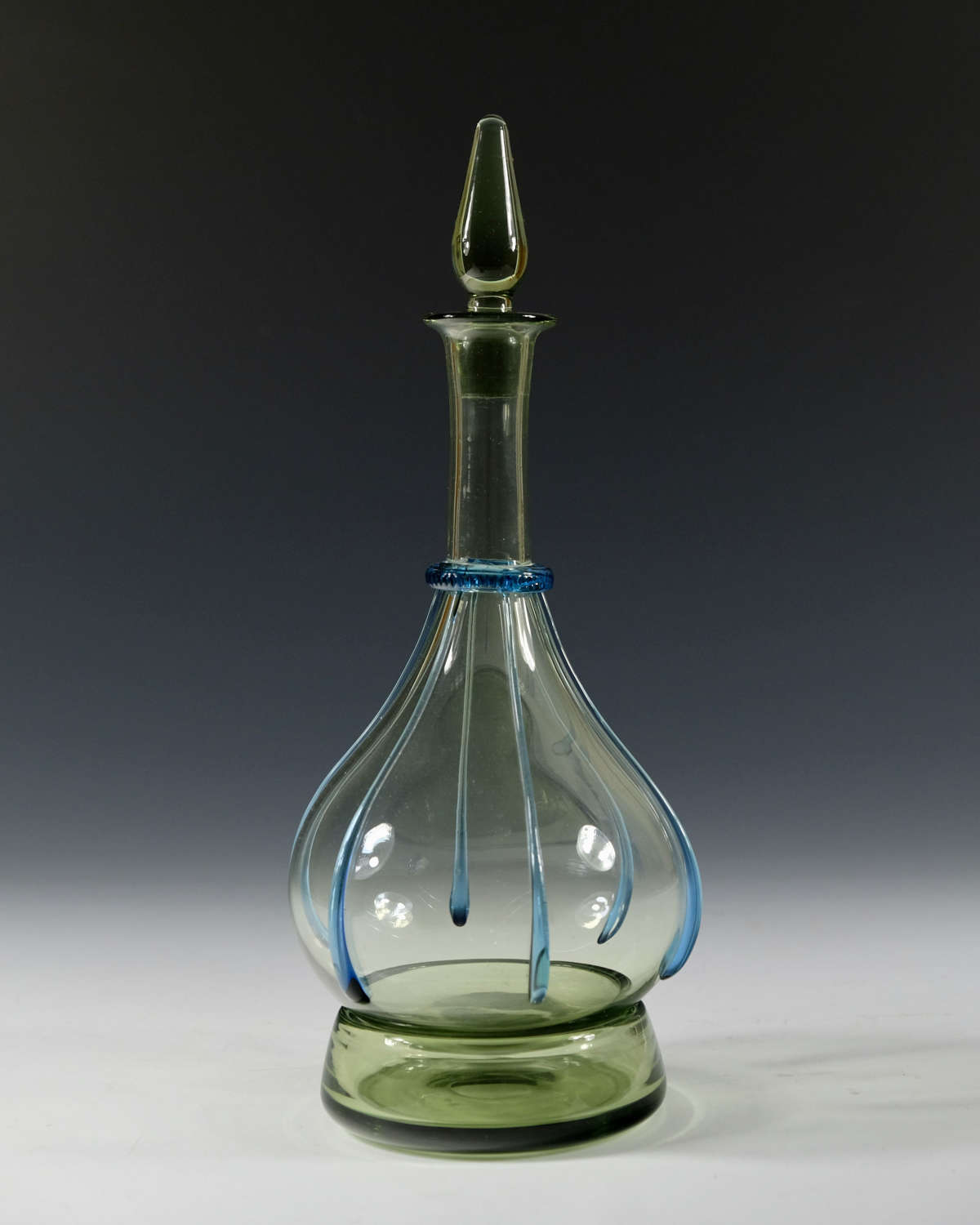 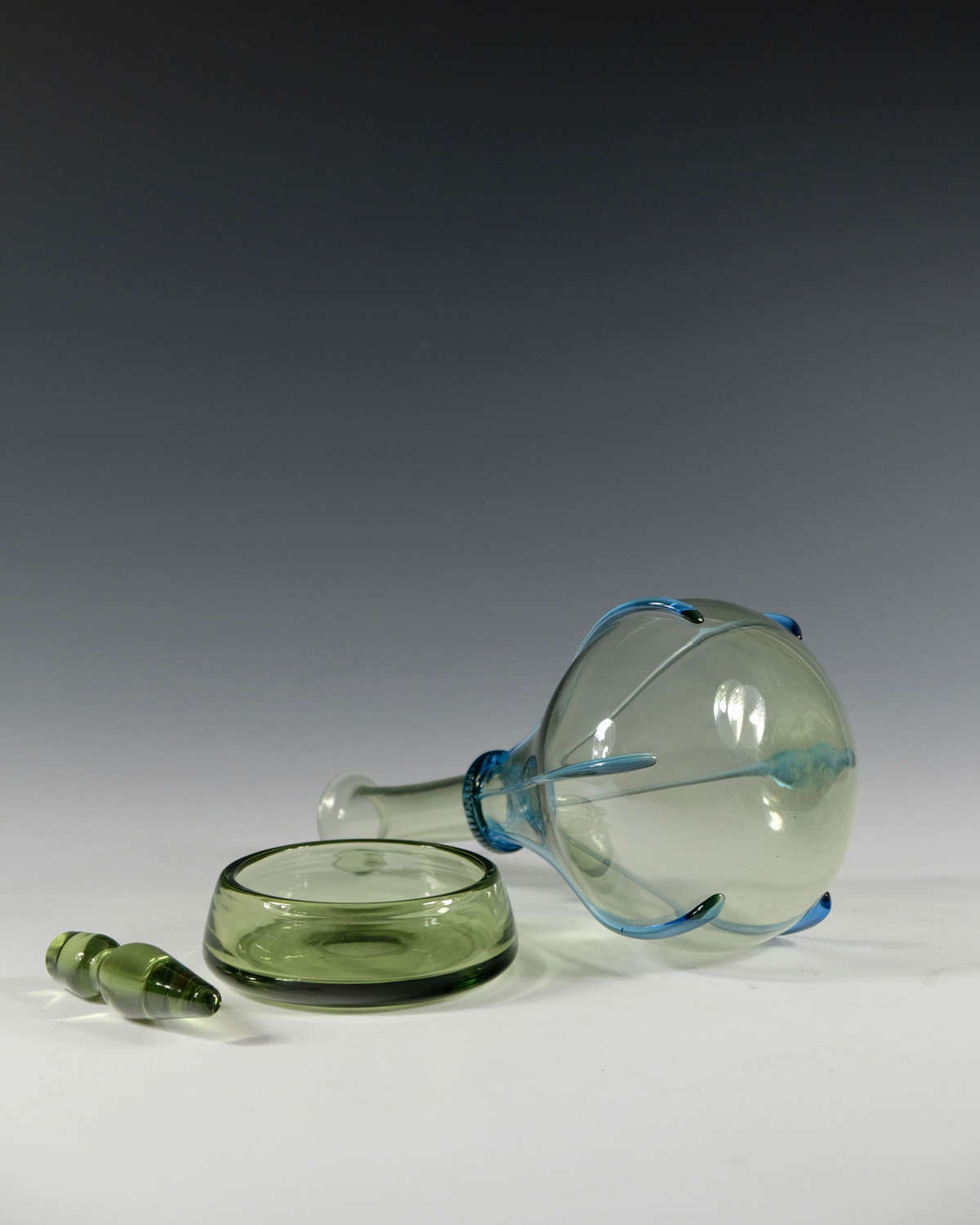 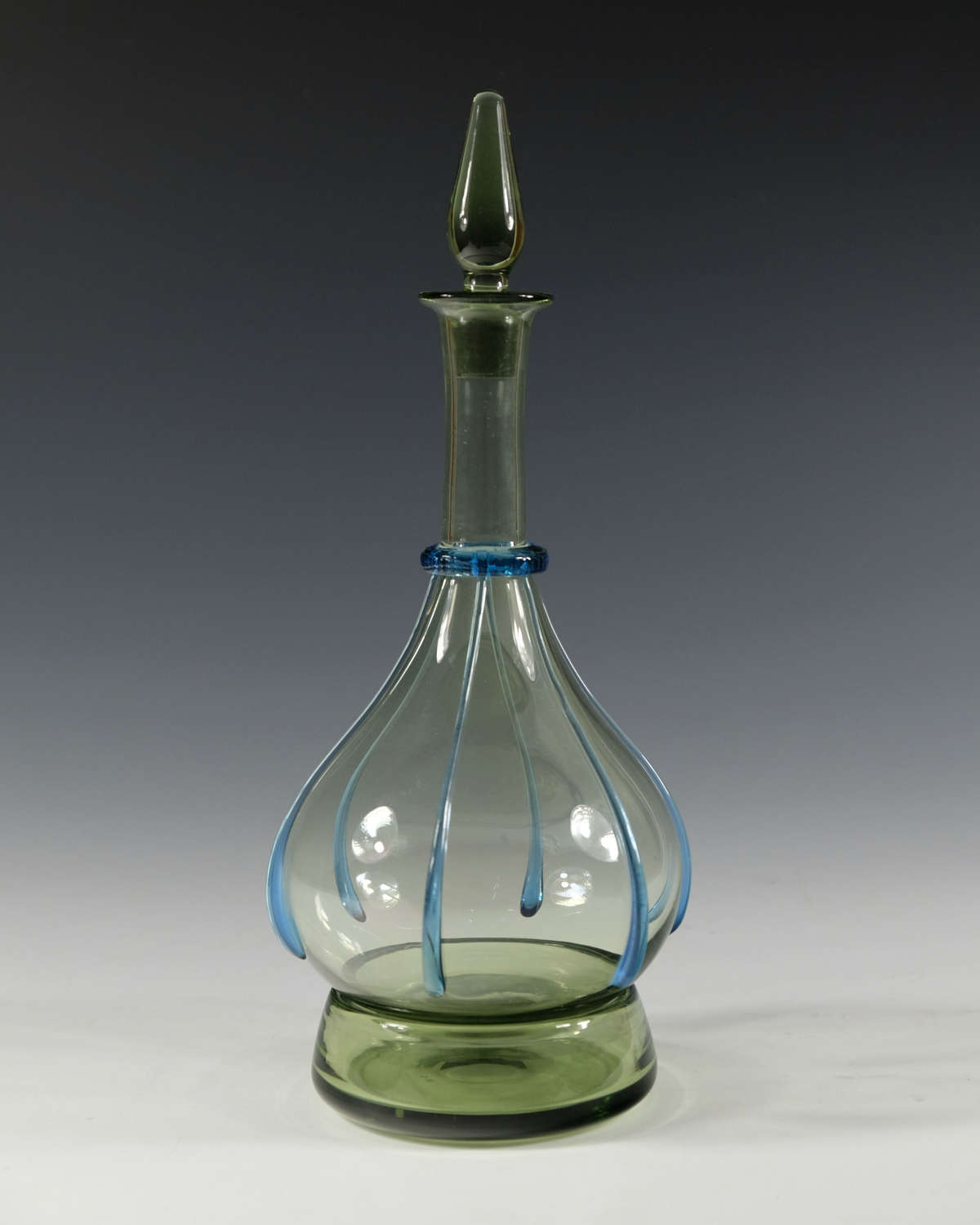