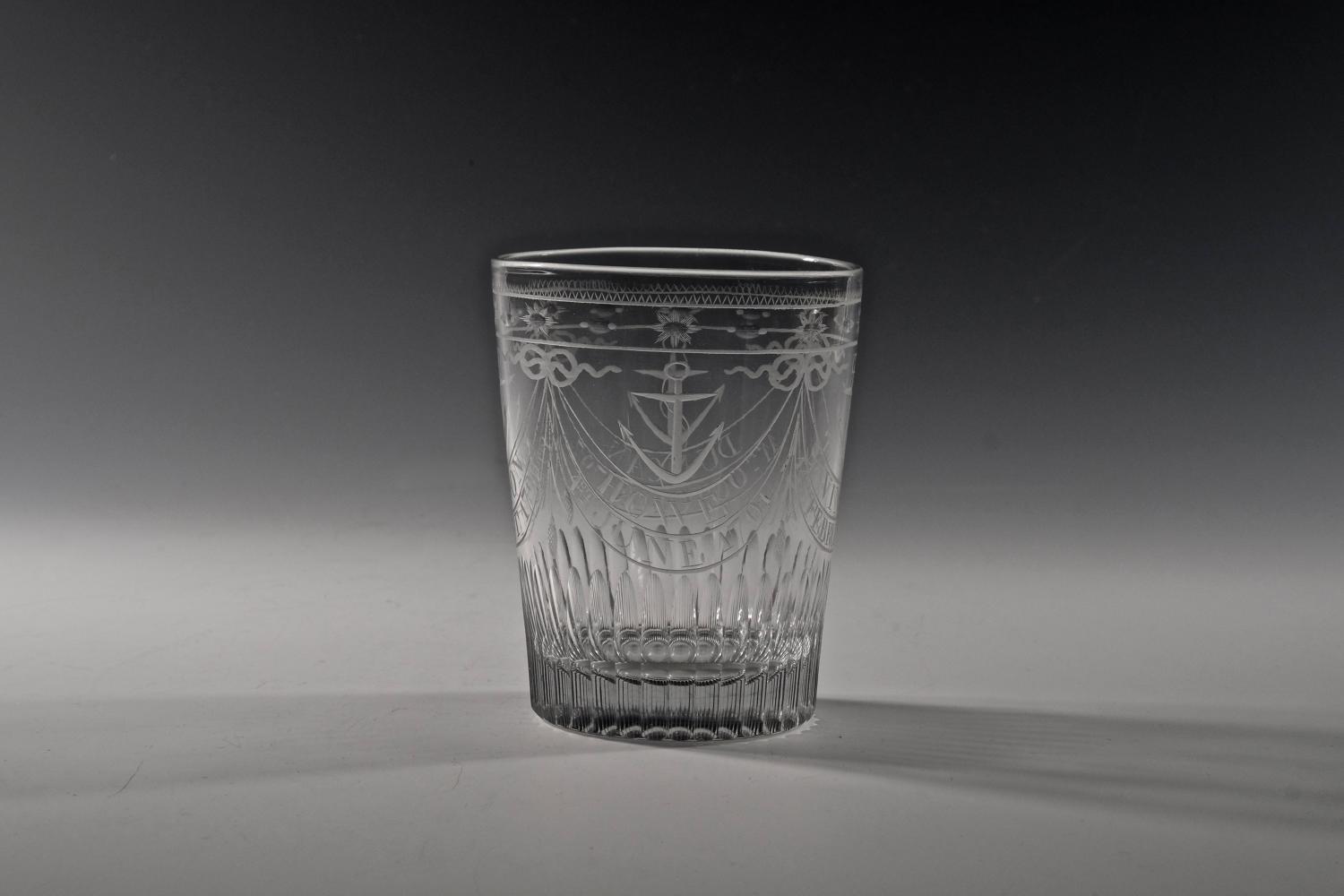 Commemorative naval tumbler engraved with anchors and festoons suspended from a formal border of polished circles and stars with dogtooth edging. The base with cut basal flutes.

Battle of the First of June 1st June 1794, also called Battle of the Glorious First of June or Battle of Ushant, under the command of Lord Howe, it was the first great naval engagement of the French Revolutionary Wars, fought between the French and the British in the Atlantic Ocean about 430 miles (690 km) west of the Breton island of (Ushant).

The Battle of Cape St Vincent (14th February 1797) was one of the opening battles of the Anglo-Spanish War (1796–1808), as part of the French Revolutionary Wars, where a British fleet under Admiral Sir John Jervis defeated a larger Spanish fleet under Admiral Don José de Córdoba y Ramos near Cape St. Vincent, Portugal.

The Battle of Camperdown 11th October 1797was a major naval battle, between the British North Sea Fleet under Admiral Duncan and the Batavian Navy (Dutch fleet) under Vice-Admiral Jan de Winter. The battle was the most significant action between British and Dutch forces during the French Revolutionary Wars and resulted in a complete victory for the British, who captured eleven Dutch ships without losing any of their own.

The Battle of the Nile 1st August 1798 was a major naval battle fought between the British Royal Navy and the Navy of the French Republic at Aboukir Bay on the Mediterranean coast off the Nile Delta of Egypt from the 1st to the 3rd of August 1798. The battle was the climax of a naval campaign that had raged across the Mediterranean during the previous three months, as a large French convoy sailed from Toulon to Alexandria carrying an expeditionary force under General Napoleon Bonaparte. The British fleet was led in the battle by Rear-Admiral Sir Horatio Nelson; they decisively defeated the French under Vice-Admiral François-Paul Brueys d'Aigalliers.

Condition: Very good with no chips, cracks or evidence of restoration. 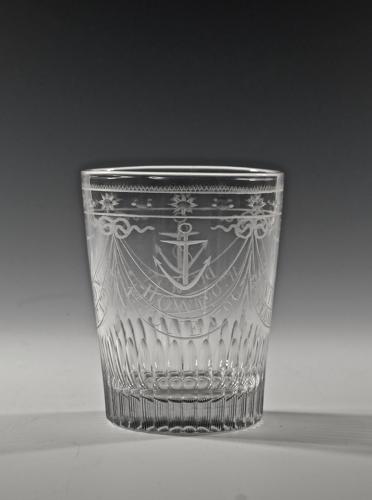 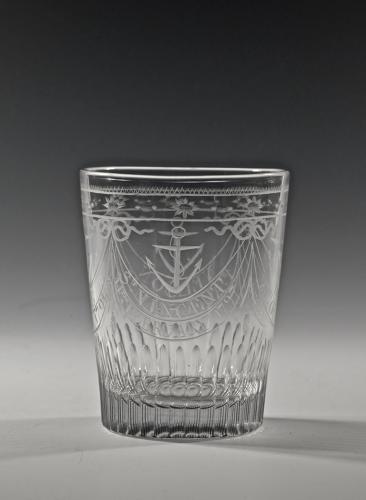 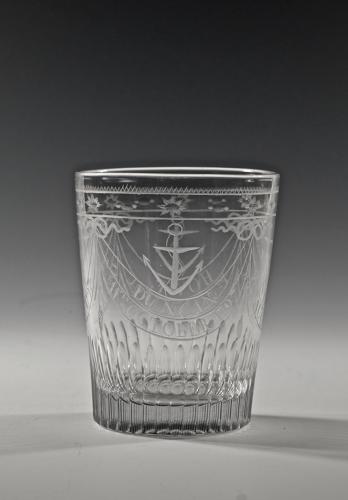 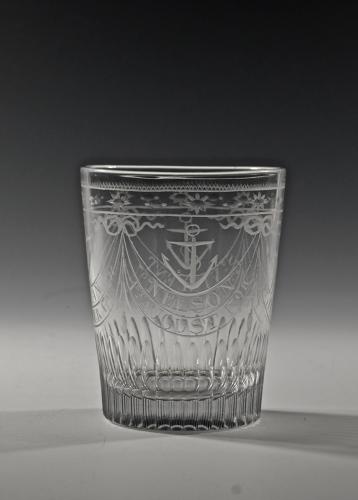 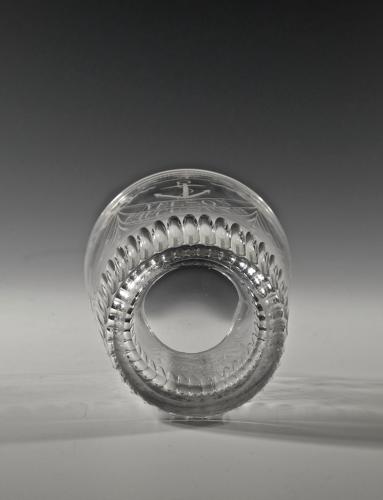