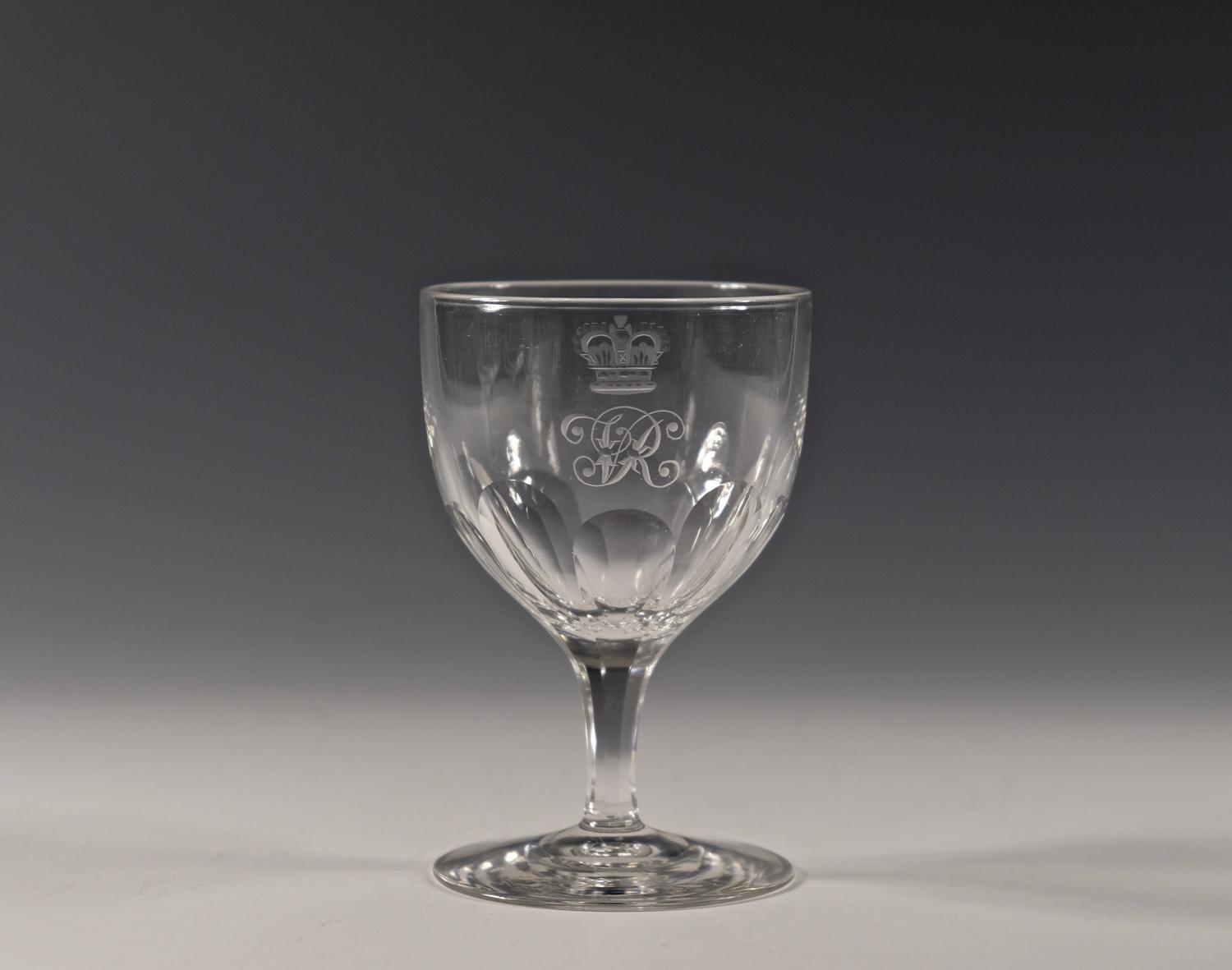 Wine glass with ovoid bowl, Basal flutes and cut stem. It has a conical foot. Engraved with royal monogram: 'VR' and a queen's crown. From HMY 'Alberta' 1863.

Further information: HMY Alberta was a royal yacht of the Royal Navy of the United Kingdom. She was built by Pembroke Dock and launched in 1863. Built as a tender to the larger royal yacht HMY Victoria and Albert II, Alberta made a number of voyages carrying Queen Victoria and other members of her royal family. 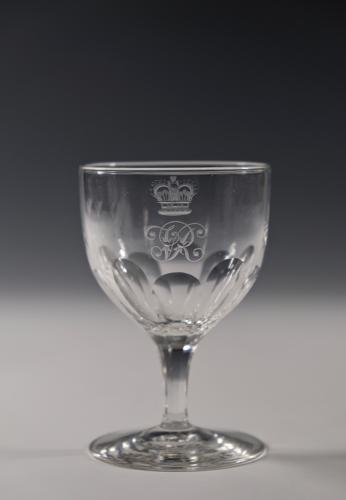 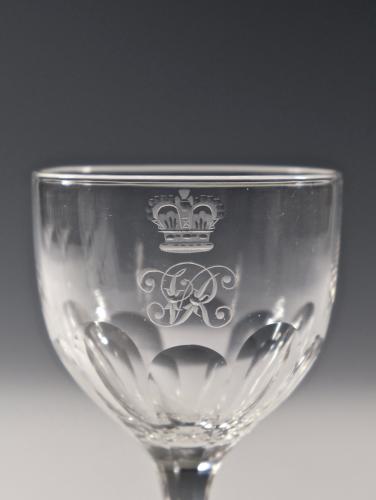 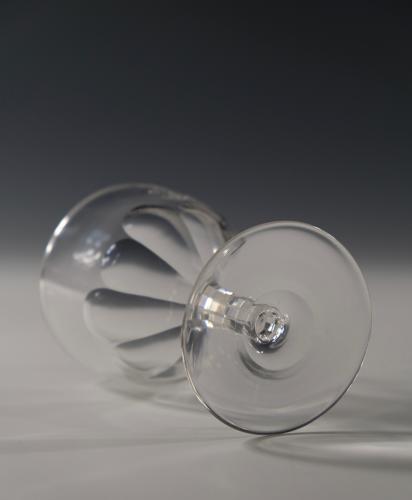 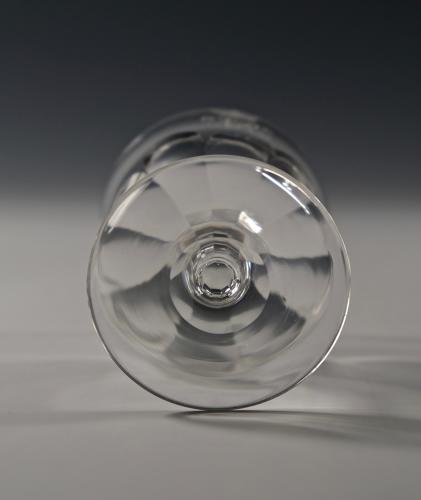