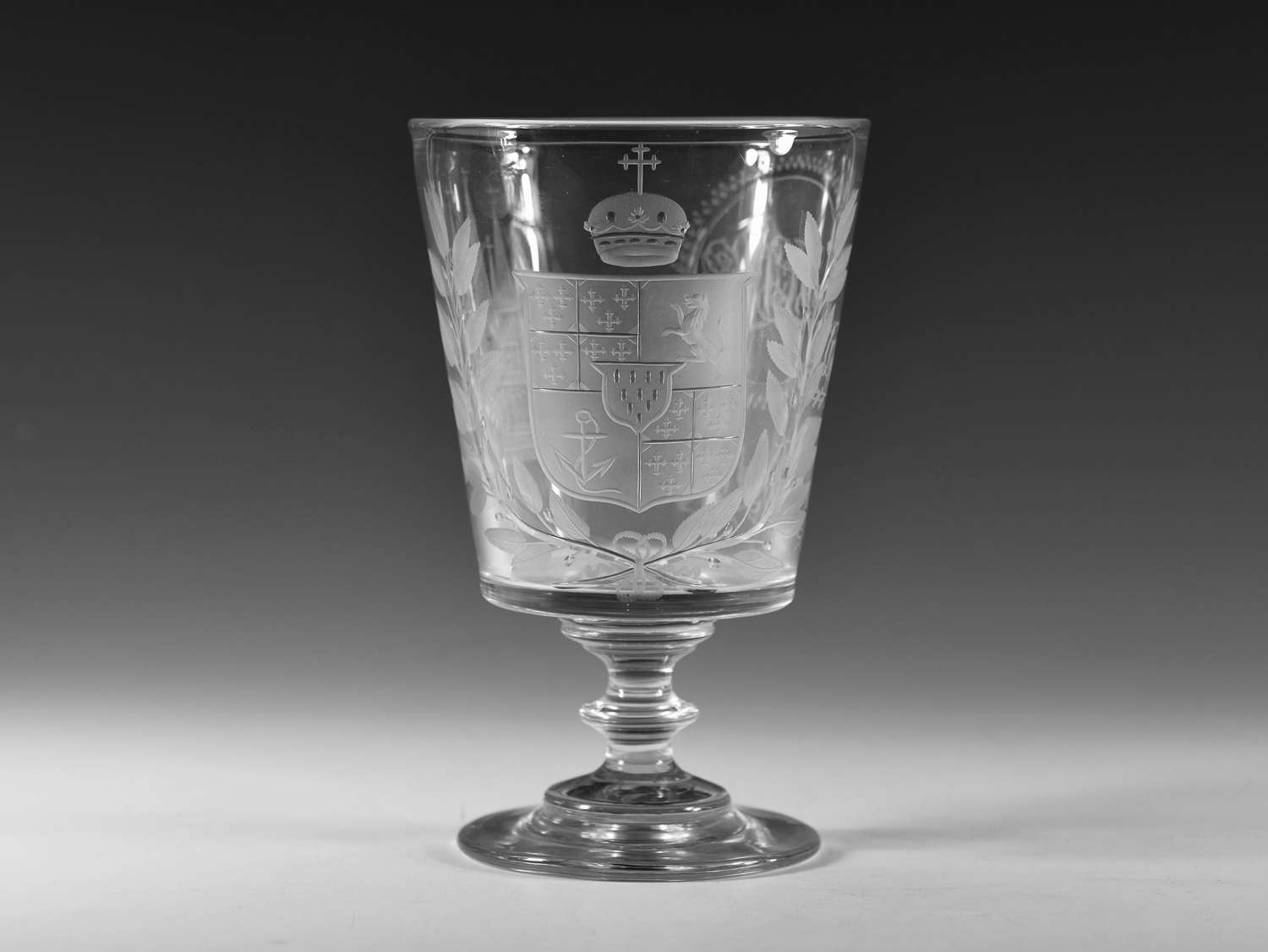 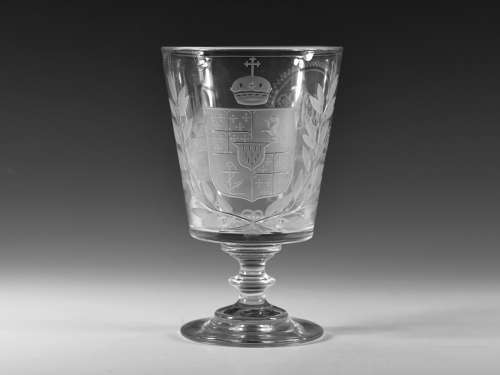 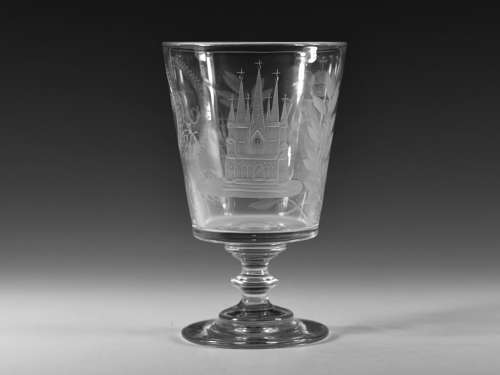 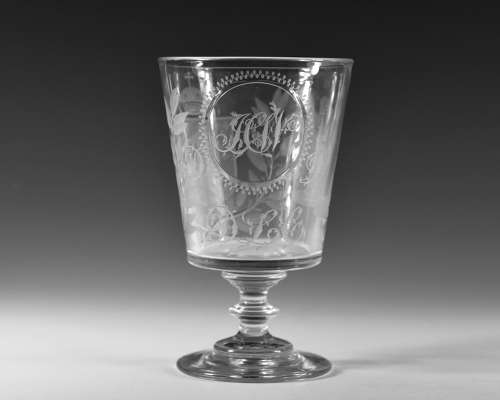 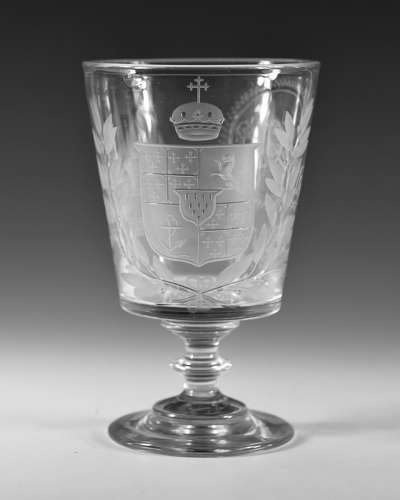 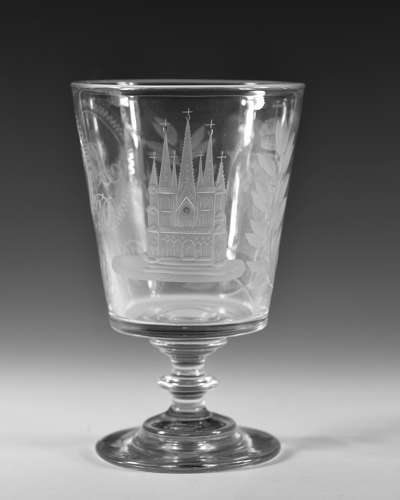 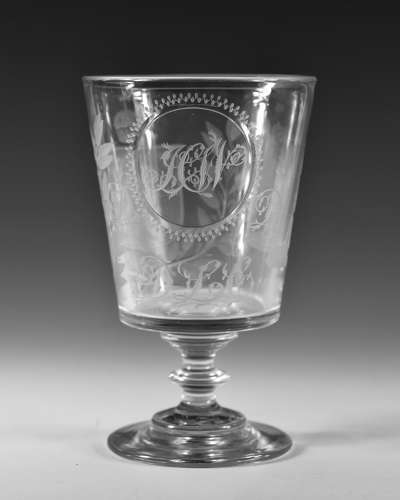 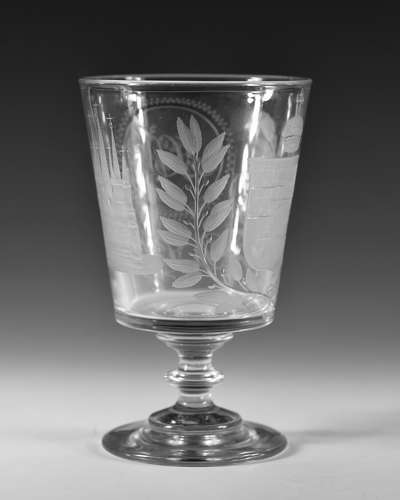 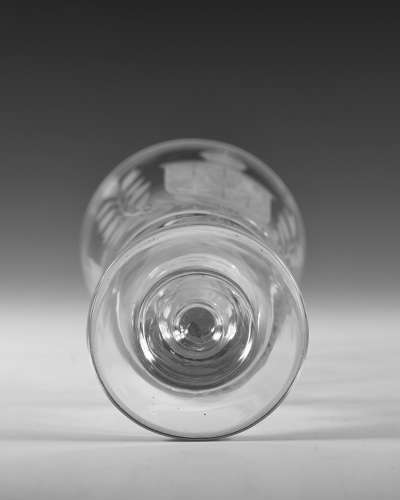 Large rummer engraved with a view of Lichfield  Cathedral and the hatchment of John Chappel Woodhouse the reverse, a cartouche with the initials JCW English c1830.